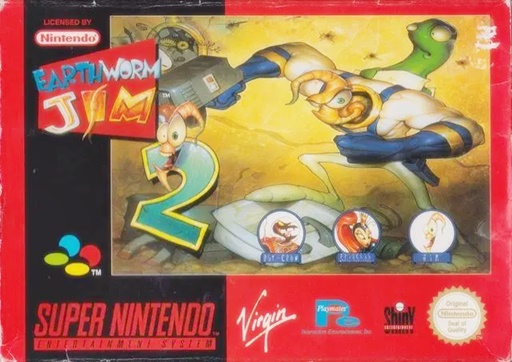 Earthworm Jim 2 is the sequel to Earthworm Jim, released in 1995 on the Sega Genesis, the SNES and on the MS-DOS.

The gameplay is mostly the same side-scrolling “run and gun” platformer style, with a few additions like missions and objectives for every level. There are 11 levels in the original releases.

The story follows Jim and his new sidekick Snott as they try to save Princess What’s-Her-Name from a forced marriage with Psy-Crow. On their ‘adventure’ they find a number of villains from the first game too.

Like the original, this game was highly praised and well received too (except the GBA version, which had really bad visuals and sounds).